An Overview of the Period After Opening & Cosmetic Shelf Life 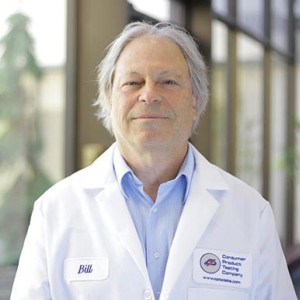 Determining a product’s “period after opening” leads to the generation of valuable information and a better understanding of the overall experience that will be derived by the consumer. The inclusion of physical, microbiological and chemical testing can ensure consumer satisfaction and support the longevity of your brand.

Here, we answer some FAQs surrounding this testing process.

What Does ‘Period After Opening’ Refer to?

Period After Opening, also known as “PAO,” refers to the period of time that a product remains suitable for use after its primary container has been opened.

Isn’t the “Expiration Date” of a product the same as its Period After Opening?

No, they are two very different concepts.

Where did the idea of Period After Opening originate?

PAO originated within the European market, applying only to cosmetic products having a shelf life of 30 months or greater. It first appeared within Directive 2003/15/EC, adopted in February of 2003 and took effect in March of 2005.

Is there a PAO labeling requirement for cosmetic products sold within the USA?

There currently is no requirement for PAO labeling of any cosmetic products sold within the USA. That being said, including PAO on a product label is an option that is beginning to gain traction here in the USA. However, one should expect the FDA to ask for supporting evidence of the PAO during an inspection.

If I wanted to determine the Period After Opening of my product, what protocol might I possibly employ?

Any protocol that is selected for the determination of Period After Opening must include one basic element — the assessment of the product over time, in its primary container, after it has been opened.

A simple protocol would be to open and reclose product containers, just as a consumer would upon first usage, and then place the reclosed containers into a controlled-environment stability chamber. Periodic assessments would be performed until the product is no longer deemed “suitable’ for use.

Currently, in the absence of an “official” or universally accepted protocol for determining PAO, there is no “right” way to accomplish this goal. Perhaps the best strategy is to select a protocol that is more rigorous in the event it is challenged by consumers or regulatory inspectors.

How can CPT Labs assist you with your determination of PAO, should you choose to include it in your cosmetic product labeling?

Our in-house experts are ready to offer guidance in determining the PAO of your cosmetic products, keeping an eye on both compliances as well as your budgetary concerns. CPT operates state-of-the-art Analytical, Microbiological, Clinical, Photobiology, and In Vitro Toxicology testing laboratories, all of which are at your disposal in the determining of cosmetic product safety, suitability, shelf life and PAO. Give us a call, even if you only wish to learn more about Period After Opening.

Understanding the potential variables which influence a product’s Period After Opening is the first step. From the stability of the preservative system to the impact of consumer usage habits, rigorous testing conducted by an experienced laboratory can provide you with the answers you seek.