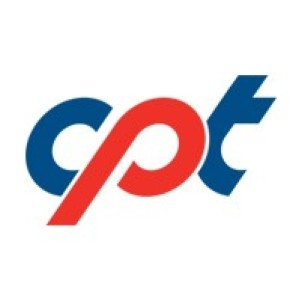 What are phthalates and what are they used for?

Phthalates are a family of chemical compounds that are used in many industrial applications but primarily as an additive in nearly all types of plastic and vinyl to improve their durability, transparency and flexibility. Due to the myriad uses of plastics including but not limited to food, beverage, drug and cosmetic/personal care product containers, children’s toys and construction materials, we are surrounded by sources of phthalates in our homes, cars and offices every day.

Do phthalates pose any health risks to humans?

Certain types of phthalates affect the reproductive systems of laboratory animals but more research is needed to assess the human health effects. It has been shown, however, that a number of phthalates can have harmful effects upon children if ingested. In a random sampling of the US population, the Center for Disease Control (CDC) is routinely finding as many as thirteen (13) phthalate metabolites in the urine of subjects ages six years and older. The primary sources of human exposure to phthalates are the consumption of foods and beverages packaged in plastic containers, and the usage of over the counter (OTC) drugs and cosmetic/personal care products packaged in plastic. It is known that when phthalates are present in packaging materials, they leach into the products which they contain. To a lesser extent, exposure can also occur when breathing air containing phthalate vapors (e.g., emitted from vinyl flooring) or particles of phthalate dust (e.g., in the vicinity of construction or demolition activities).

In January of 2018 the US Consumer Product Safety Commission (CPSC) Final Rule took effect, prohibiting children’s toys and child care articles containing more than 0.1% of any of the five (5) phthalate compounds listed below:

Additionally, the US Congress has legislated that the following three (3) phthalates are permanently prohibited in children’s toys and child care articles above a level of 0.1% individually:

Thus the CPSC now requires the testing of all applicable children’s toys and child care articles for the eight (8) phthalates listed above. Such testing may only be conducted by a CPSC Accepted Laboratory which is also ISO/IEC 17025 Accredited for conducting the CPSC official method.

It should be noted that the European Union (EU) maintains a much stricter standard for children’s toys and child care articles than the US, prohibiting a total combined phthalate content of 0.2%. (The US limits only eight (8) phthalates, each at a maximum level of 0.1% thereby allowing up to a maximum of 0.8% total phthalates content in any toy or child care article.)

How is phthalate testing conducted?

Testing for phthalates in foods, beverages, OTC drugs, plastic containers, children’s toys and other sample matrices is conducted using Gas Chromatography with Mass Spectrometric detection (GC/MS). Since US and EU Standards for phthalates have been established at either low percentage or part per million (ppm) levels, a high degree of sensitivity and expertise is required for conducting this testing.

Also important to keep in mind, phthalates must be taken into consideration when compiling the Extractables and Leachables profile of your Prescription drug product(s) as FDA now requires. Savvy manufacturers of OTC drug products are already screening their plastic container systems and products for phthalates since phthalates are generally considered undesirable by consumers and may cause allergic reactions in some individuals.

CPT℠ is a recognized expert in conducting low-level phthalate testing in products, packaging systems and other sample matrices. This is evidenced by the fact that CPT℠ is ISO/IEC 17025 Accredited for conducting the official CPSC method for the Determination of Phthalates and is designated by the CPSC as “Accepted Laboratory # 1609” for conducting “official” phthalate testing on children’s toys and child care articles.

In addition to the eight (8) phthalates that CPSC requires testing for in children’s toys and child care articles, CPT℠ can accurately quantitate many more phthalates including Diisodecyl phthalate (DIDP), Diethyl phthalate (DEP) and Di-n-octyl phthalate (DNOP) all at ppm levels of sensitivity. CPT℠’s state-of-the-art GC/MS instrumentation and team of seasoned professionals stand ready to assist you in your strategic planning and phthalate testing needs.